The difference between image management and digital asset management (DAM), is that a DAM system supports all file types. Images, such as photos and videos, can have thumbs generated and associated with them. Others, such as Excel and text files, make it much more difficult to get an associated thumb. Hence the need for something that at least represents the file type rather than the specific file itself. While DBGallery previously showed generic icons, this versions starts the process of showing file-type specific icons. Icons for which we cannot get a thumb now look less hard on the eyes. Microsoft file types (Word, PowerPoint, Excel, etc.) show Microsoft's icons, and others look far less hard on the eyes. (Note: thumbs can be set with DBGallery for any file by choosing the orange circle 'change thumb' button atop the thumbs in the main thumbs gallery view and uploading a screenshot .jpg or .png file.)

Folder tree caching improves performance of displaying folders and also for many other areas of the system This is only important for collections with thousands of folders, especially those which have hundreds of folders at any single level within the tree.

A scenario: 1000 files were uploaded, but there was a connection timeout and 3 files failed. But which ones failed!? We now make that list of failed files available using the new "See unuploaded list" button. Failures could be because a filename was too long, had a connection issue while attempting to upload a file or files, a source file was corrupted, or a number of other reasons. Also, the Retry button works significantly better, especially when there has been a lost connection or a timeout due to a slow connection. Now if files have failed, a list may be viewed or saved to disk for later investigation, or Retry may be used to attempt uploading the problem files again. 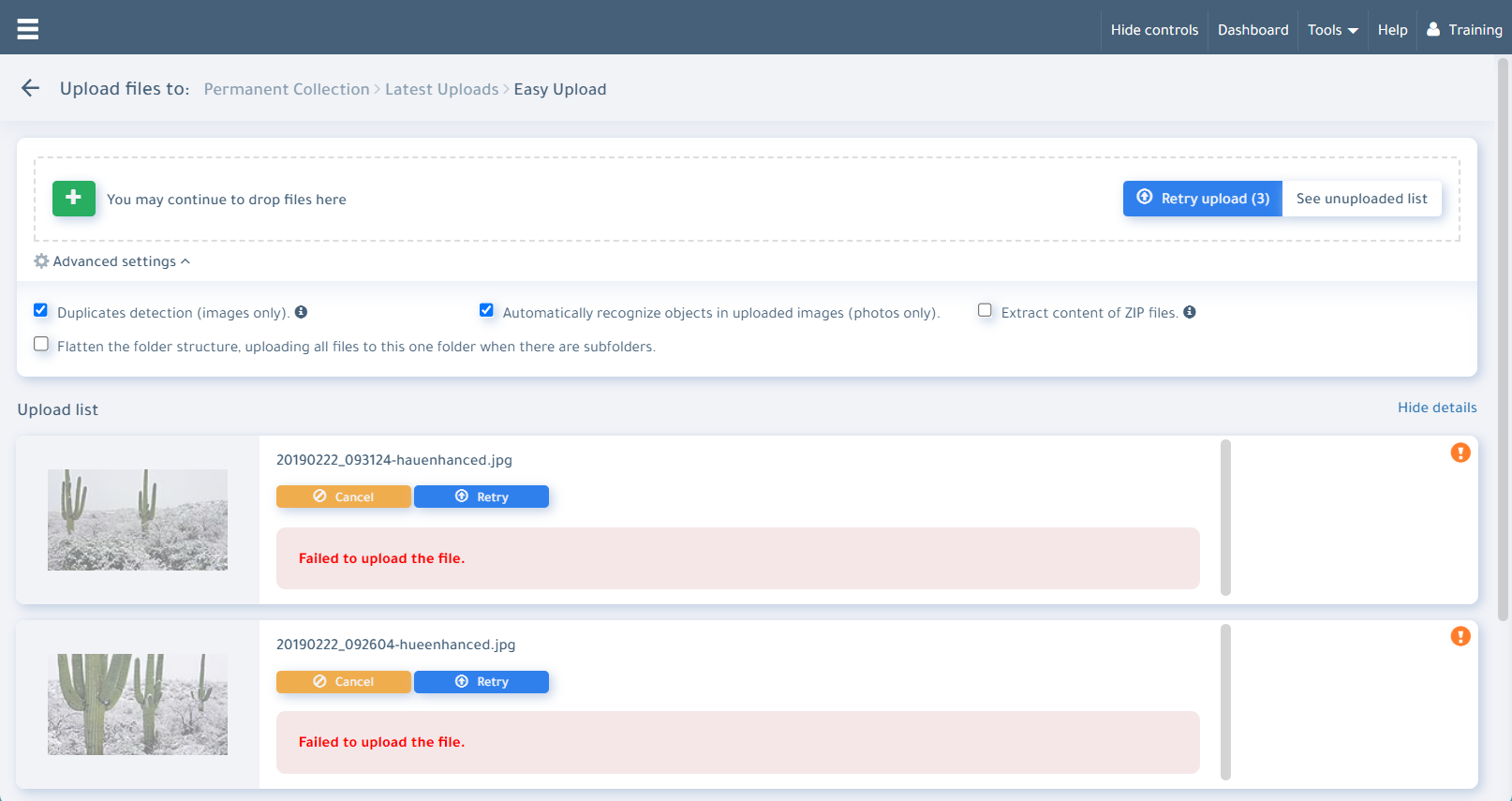 For multiple file downloads, the maximum size of all files has increased from approx .5 GB to 20 GB. This change has been made in downloading from the main thumbs page when logged in, or when choosing Download All in shared links.

The size limit on uploading large numbers of files has increased from approx 5 GB at a time to 50 GB.

Deleting more than 1000 files at a time could previously be awkward from a UI perspective, and sometimes fail. We have now tested deleting up to 10,000 files without issue.